We went on a field study trip to the Sugadaira Montane Research Center, a research center of University of Tsukuba in Ueda, Nagano for five days during Spring break from March 7 until March 11, 2016. This course aims to provide a genuine experience of the qualities of nature and wild animals in snowy mountainous areas through animal tracking, bird watching, and collecting insects. To get to the Ueda Station, we could take either shinkansen (bullet train; around 2 hours) or express bus (4 and a half hours). We preferred to take express bus from Tokyo to Nagano Station, and continued by train from Nagano to Ueda Station. From there, we took local bus to Sugadaira-Kogen, where the research center is located.

All students were expected to arrive at the research center before 15.00 in time for the opening orientation. After the orientation to which the dormitory rooms we were assigned, and the rules for using the research center and dormitory were introduced, and we received a lecture from Professor Ryuichiro Machida titled “Field Guide to Snow Land Animals in Winter,” covering an introduction to the course, such as the physical characteristics of winter birds, and animal tracking through footprints and scat. We were divided into groups of five to carry out our own research which we would present on the last night of the field study. 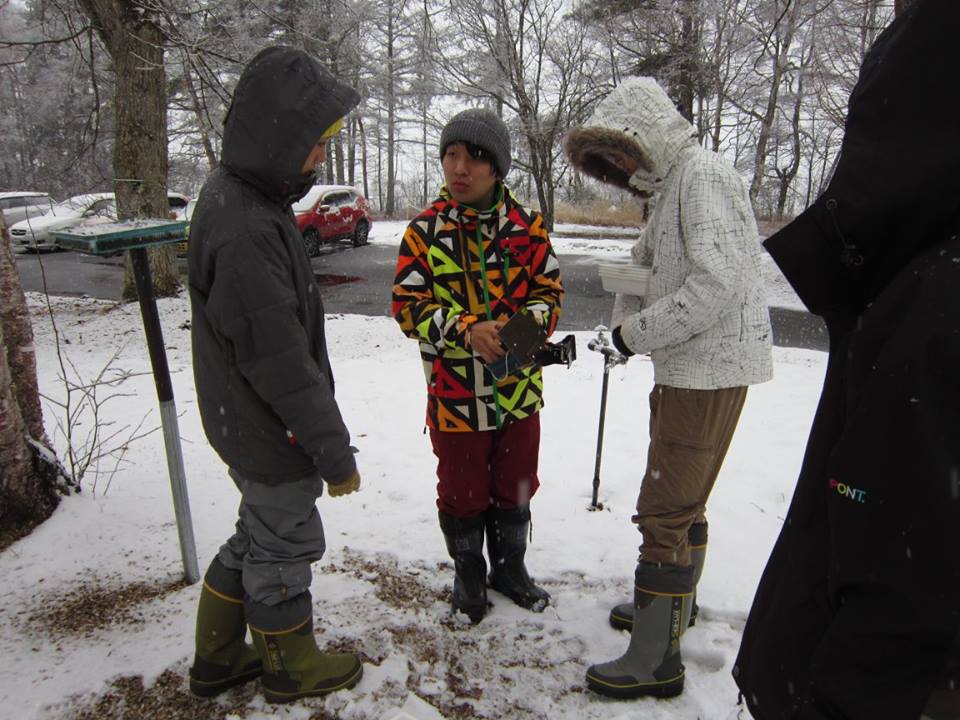 In the morning of the second day, under the supervision of Professor Machida and Professor Yahata, we went out to the arboretum to learn animal tracking which was exciting as we could really track and conclude how wild animals live in snowy mountainous area (their diets, habitats, etc.). We were also expected to collect insects during the animal tracking. In the afternoon, we went to Daimyōjin-taki Waterfall (大明神滝) located over the grassland, red pine forest, and broad-leaved deciduous forest to collect aquatic insects. On the third day, each group went to the field to start their own research. Our group decided to research the memory of birds on their seeds preference and food location. In the morning of fourth day, we continued our own research, and started making our PowerPoint presentation for the night. On the fourth night, each group presented their own research after dinner and followed by farewell party. 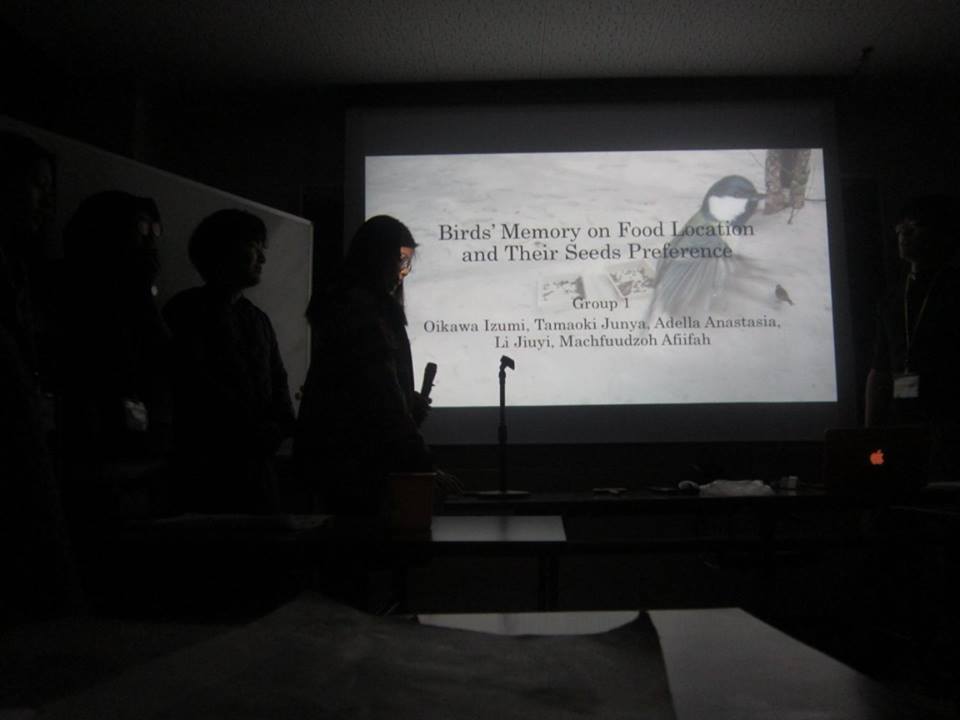 Finally, in the morning of fifth day, after breakfast, we cleaned the dormitory room and had a short meeting in the laboratory as Professor Machida and the teaching assistants giving us short farewell messages. It was a really good experience going on this field trip, we learned more about wildlife animals in snowing mountainous area and had a lot of fun.